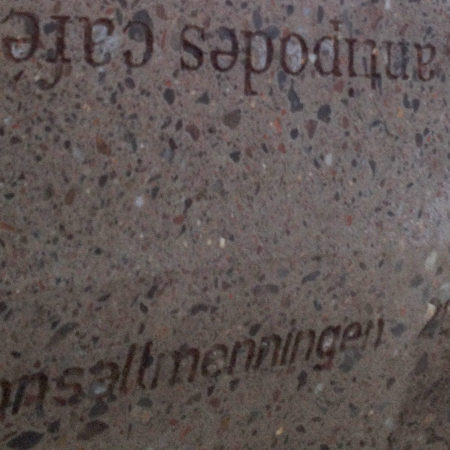 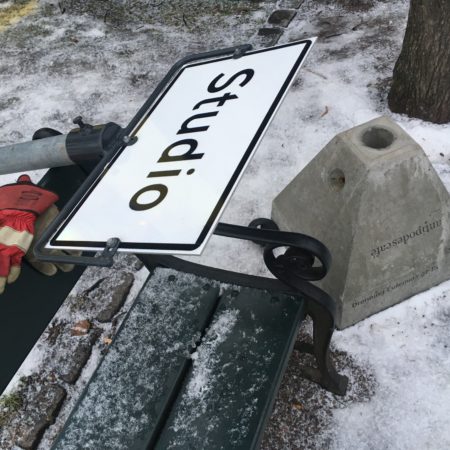 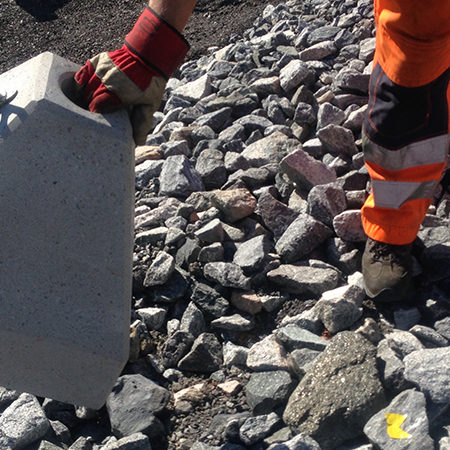 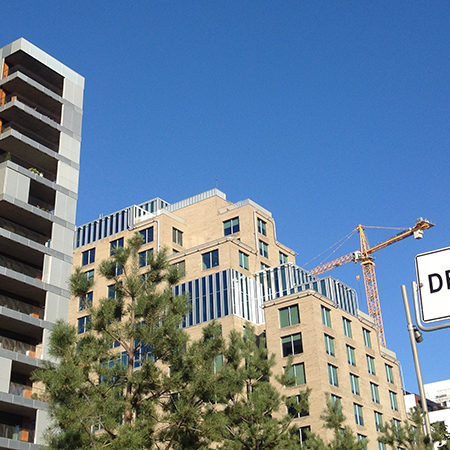 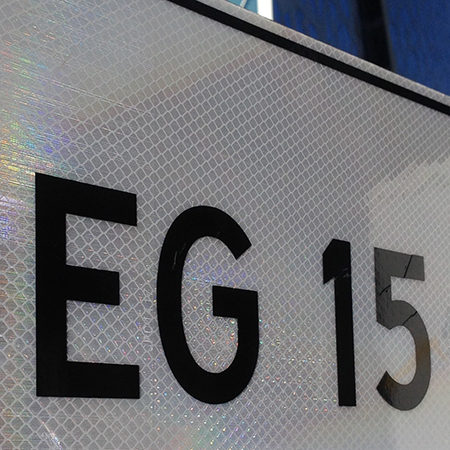 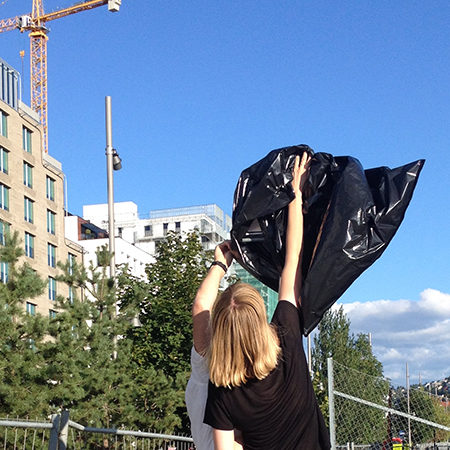 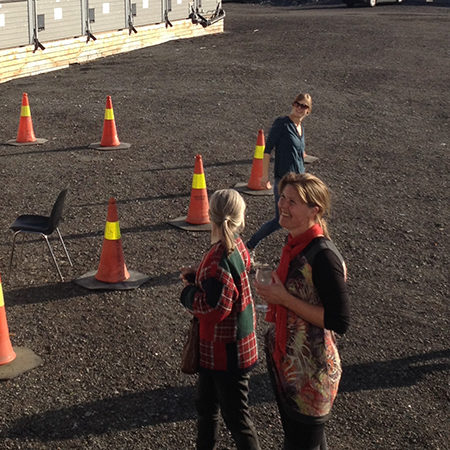 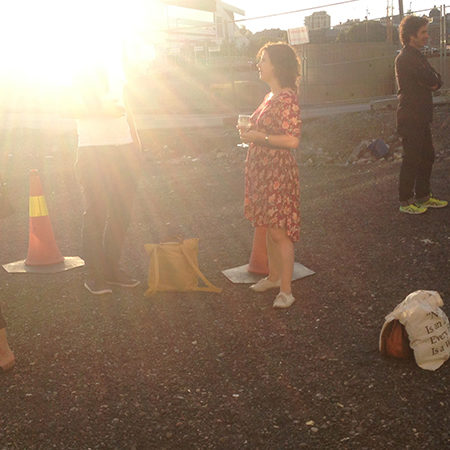 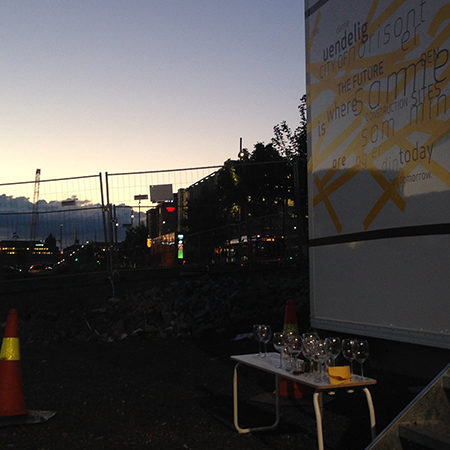 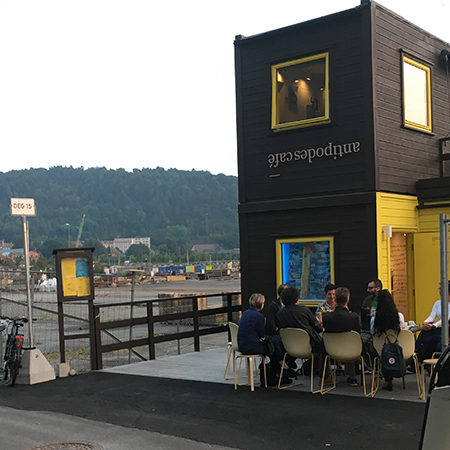 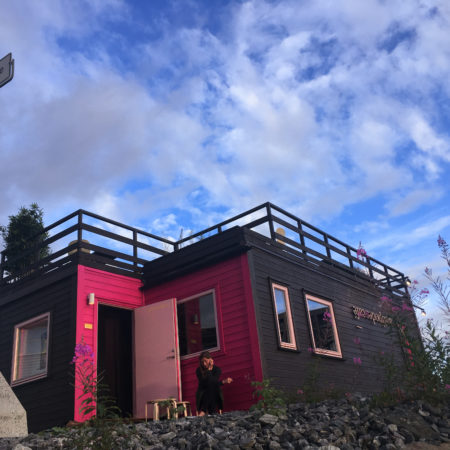 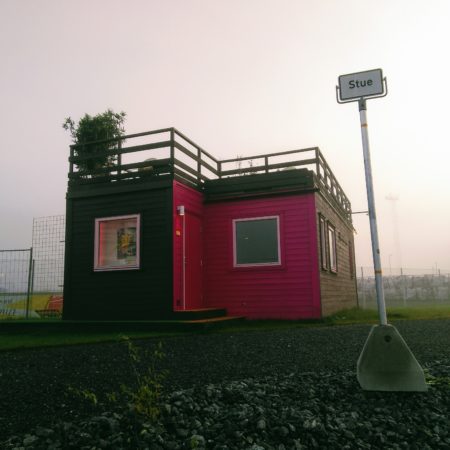 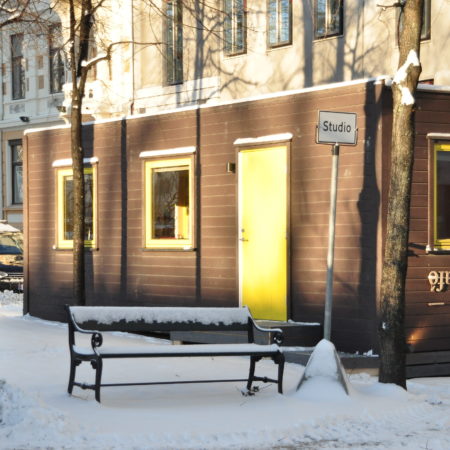 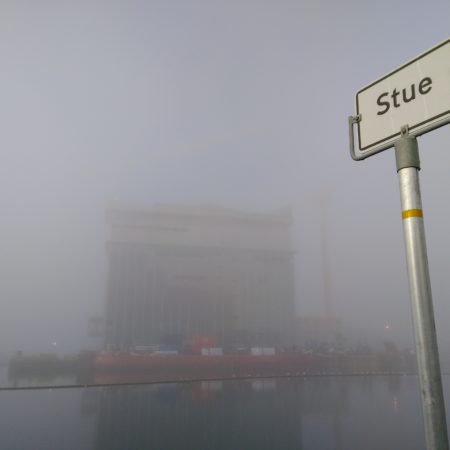 “Where, the evening that the Great Wall of China was finished, did the masons go?”

1. æSERIES
Since 2013, antipodes café explores around the idea of unveiling as Public, specific moments in the encounter of the city and its construction sites. A homonym series of singular, temporary and site specific comments presented as interventions, that can be differentiated into three
main groups: Venues, Sculptures and Situations.

i.
Venues, are usually built spaces that can be perceived as installations in themselves, camouflaged in a particular context with shapes such as construction site barracks, mobile huts, etc., but presenting subtle singularities which invites to intertwine with each intervention.
Opening hours, communication and their specific program are defined by the characteristics of the surroundings.
Venues can go unseen and tend to last several weeks, months or even years on the same location. In addition, they can be moved from one area to another, even to another city.
ii.

Sculptures are landmarks highlighting ipso facto the aforementioned encounter as a public space. Once encountering this subtle ephemeral gestures in the turning city, one may continue throughout the rest with perspicacity, and perhaps accepting the invitation of appropriation of processes and contexts.

iii.
On the contrary to venues and sculptural pieces, Situations are momentary ambiances of life; specific transient urban experiments organized with greater level of independence from the context, as unprejudiced empirical comments to the city of the future.
—

2. æCORNERSTONES
After finishing all construction permits for the creation of a venue, authorities were reached for assigning an official address, which was then engraved in a precast concrete square pyramid, together with the year of its emplacement.
These blocks were fastening a galvanized steel pole with a reflective double sided sign in its top featuring the name of the venue. Standard materials proper of construction sites, as well as their dimensions, visual composition, typography and the
procedure of emplacement with a crane. Once the venue was removed or moved to another temporary location, these sculptures, called “æCornerstone”, disappear from the site, and took part in the relocation. Hence, the new address was also engraved in the concrete base.
The ceremonies for the placement of these æCornerstones and those for highlighting their existence were specific situations.

3. æCORNERSTONE DEG15
The first cornerstone of the series was placed on September 11th 2015 in Stasjonsallmeningen, precisely at Dronning Eufemias gate 15, first odd number assigned by authorities at the new main avenue of Oslo. A year later, still with no other building on the same side, it was celebrated the anniversary of this sculpture with the participation of Juan Hererros as a chef, sharing dishes and stories of his signed contribution to the future of the spectacular district of the Norwegian capital. In addition to those situations, on that precise location hundreds of activities occurred
day by day until the development removed this landmark and any trace of construction site from the area.
During the completion of the common passageway where the sculpture was placed, as well as all the buildings in the southern side of Dronning Eufemias gate, this cornerstone took part of æStudio at Grev Wedels plass 1B (2018-2019 car-free city plan) and of æStudio at Jordalgata 16 (2019-2020 public park)

4. CORNERSTONES
City development implies a varied set of symbols, one of the most notorious -but yet imperceptible- are the cornerstones. As the name suggests, they are or represent fundamental pieces defining the position of an entire structure.
During the longstanding existence of the ceremony around the placement of cornerstones, several rituals where performed, including oblations, speeches, decorative performances and transformations of the cornerstone into a visible symbol, for highlighting diverse information in it, usually engraved. In addition, those stones may even include hidden boxes with a set of items proper of the time of the construction such as newspapers, music albums, drawings, and so on.
Besides details of each ritual, all cornerstones wish for eternity while stressing the moment of the construction and –in most cases– those behind the decisions of the construction in question, or power structures proper of the specific context. Thus, we can search for cornerstones on prominent
constructions carved with names of Kings, politicians, owners, investors, institutions, date and name of the place. These symbols even if connected to the construction, are basically related to the results, than to the process.

B. FUTURE 2021
1. QUESTIONS FROM WORKERS WHO READS
Where is the place in history for construction processes? Are they consigned to oblivion as those thousands of
wooden barracks and migrants in fluorescent clothes? Is because of their temporal character? But, wasn’t 15 the first odd number of the newly made main avenue of Oslo? And wasn’t that number on a stone before a plastic one was unveiled on a precast hotel? Aren’t all new buildings temporary as the construction sites, or as the former Deichman Library or the Munch Museum? Which story can be told on public space? Whose history? And Babylon, many times demolished, Who raised it up so many times ? So many reports. So many questions.

2. æCORNERSTONE DEG15
The proposal is as simple as to bring back the “æCornerstone DEG15” to its original place, at Stasjonsallmeningen, but now as a sculptural piece in an area that already managed to eradicated any construction site traces.
The place has all the potential for attaching this sculpture without hassle nor dramatic costs nor perturbing the area in any sense. An existing light pole will point it in the long nights and its its formality, ready for the harshest city life and weather conditions, will naturally highlight a misplacement at any time, confronting with delicacy its over-designed context, continuously reminding of the construction site process before it pass into oblivion. Three of the four sides includes the aforementioned addresses where the cornerstone was placed in the past (all of them related to public space) , and the fourth will include a plate with brief information on the sculpture.