The project “Utforsking av Norges flagg” is presented together with perhaps the most complete digital timeline about the history of the Norwegian flag.
This website (https://unf.antipodes.cafe) started in early 2012 with an intense historical research about the main symbol of the Kingdom of Norway. It marked the begging of the whole project, even tho it was finally launched in late 2013 and after the work “Endre“.

Official flags and proposals, news about the flag throughout history, Kings flags and modifications through their reign, as well as specific details and information –such as the lack of a precise definition of the colors of the flag in the constitution– are presented in the “facts” section of this site.
Instead of showing illustrations from other times, and still respecting the original drawing in its maximum, all illustrations of proposals of flags –and of any flag– included in the website of the project “Utforsking av Norges flagg“, try to merge them into a similar aesthetic. So, excessive decorations, curves in the illustration of flags, or changes in colors of the materials —proper of the passage of time— were removed and thus, all drawings are somehow unified across time.

This website is used during the first activity in school workshops arranged as part of the project, in which we go throughout the history of the Norwegian flag. In 2014 was presented to a renown vexillologist for its correction, and it pass the test. 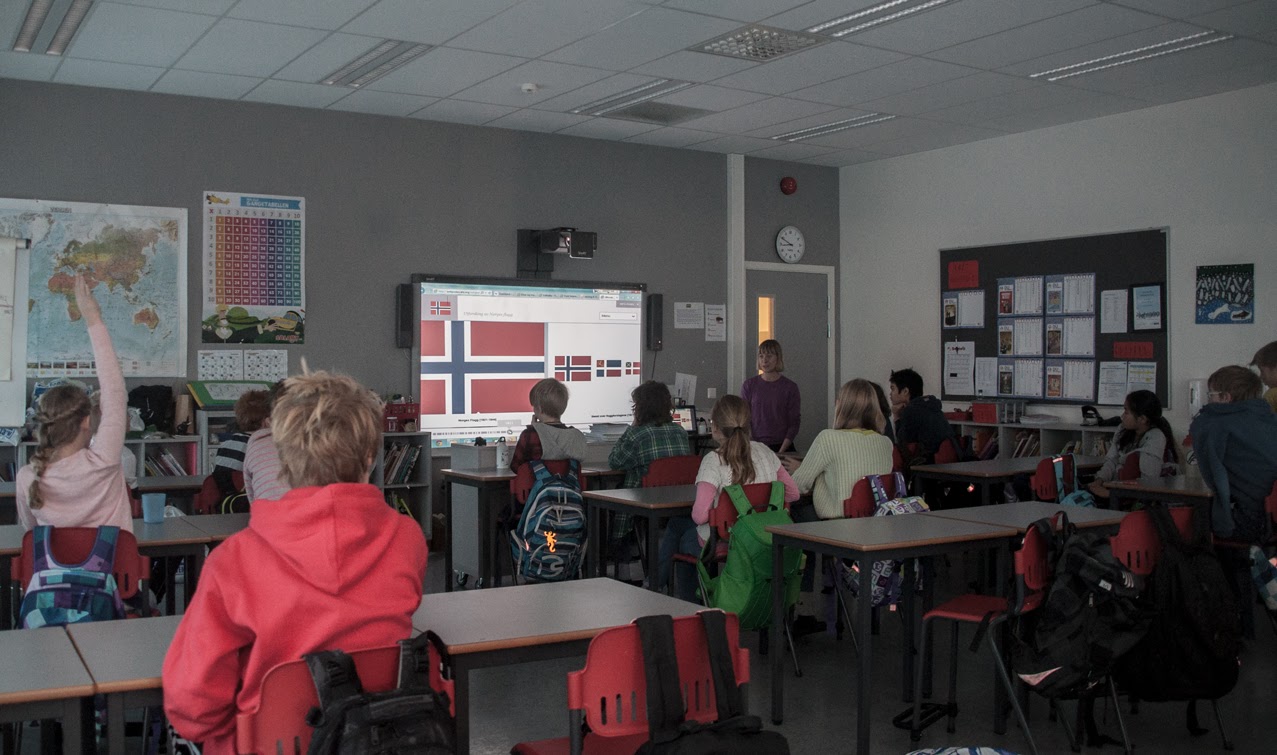