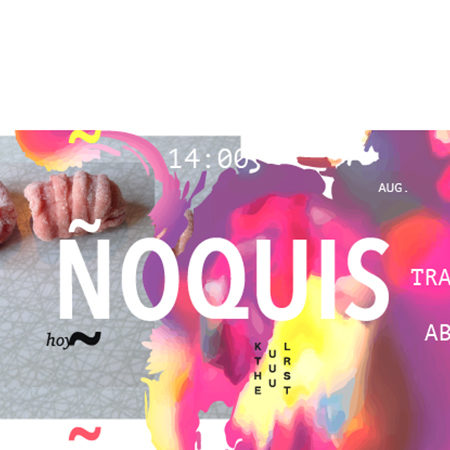 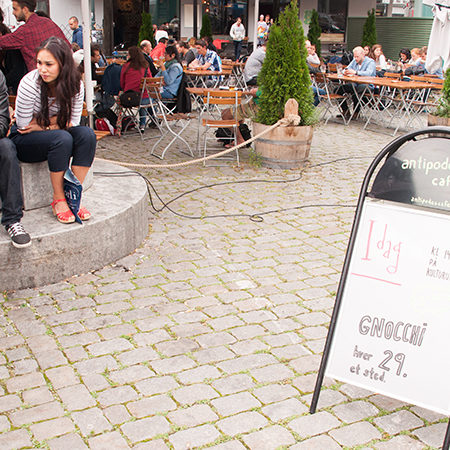 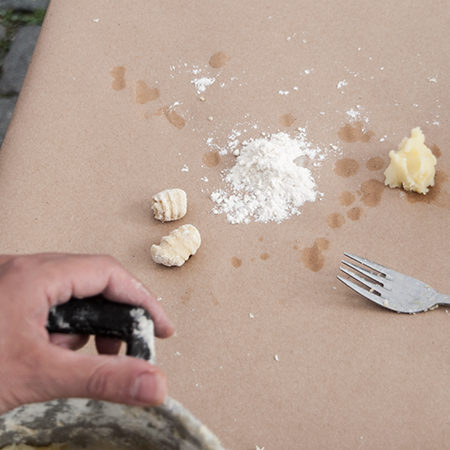 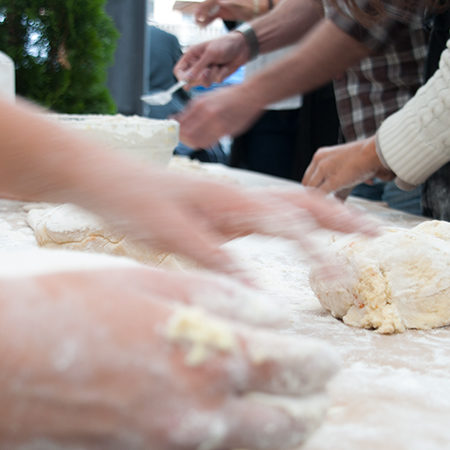 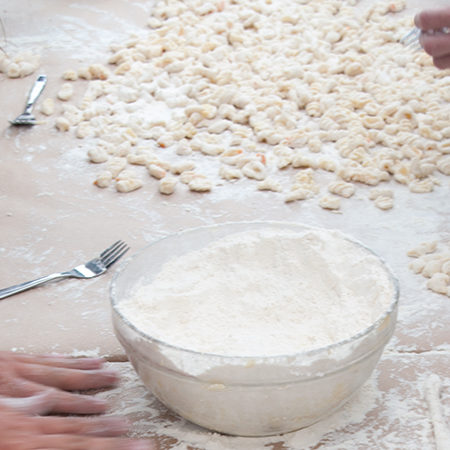 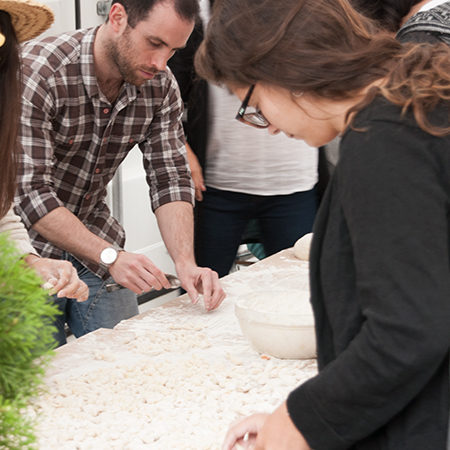 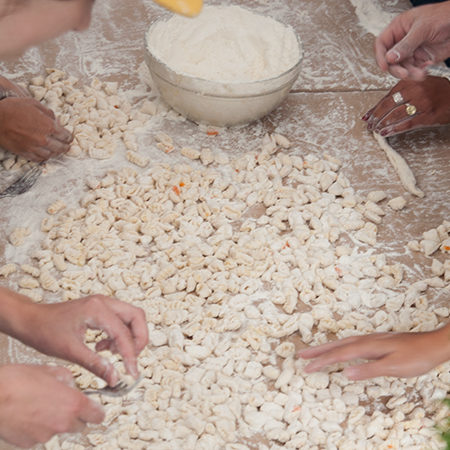 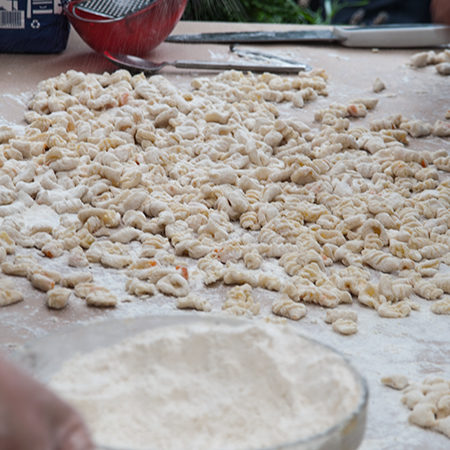 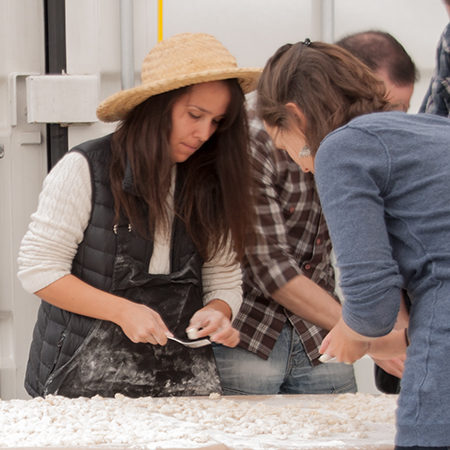 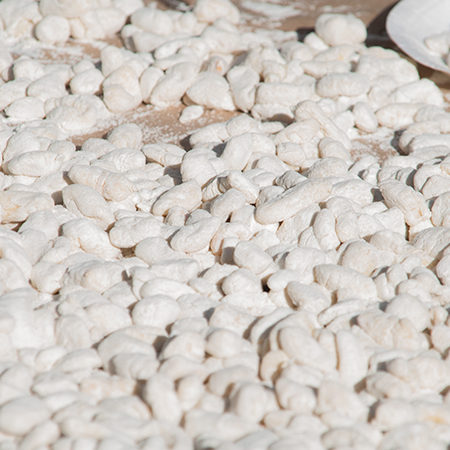 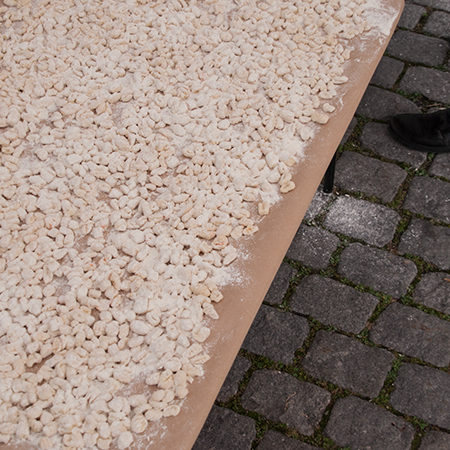 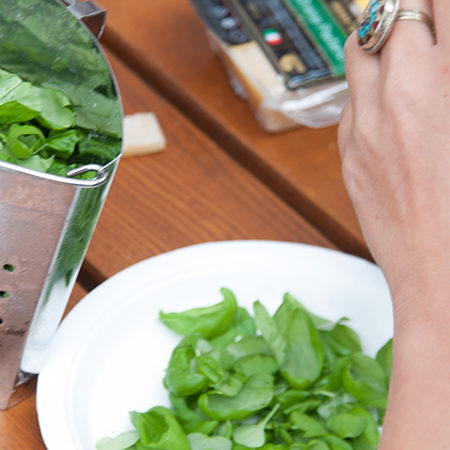 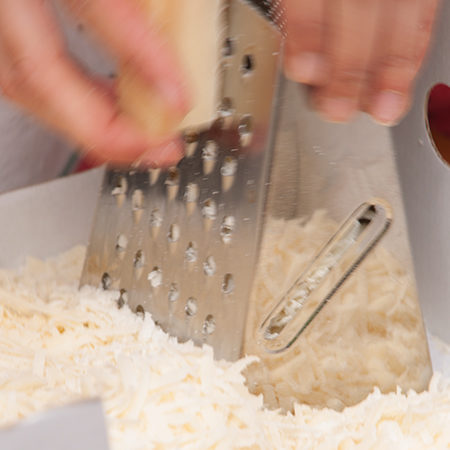 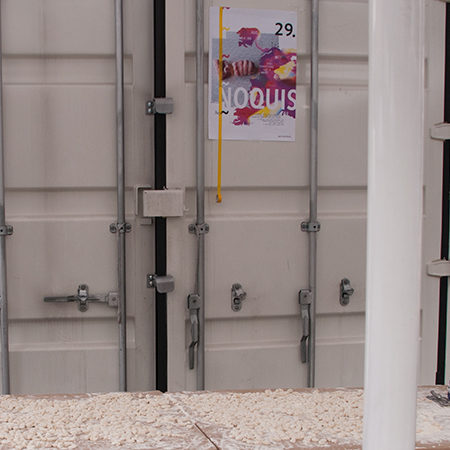 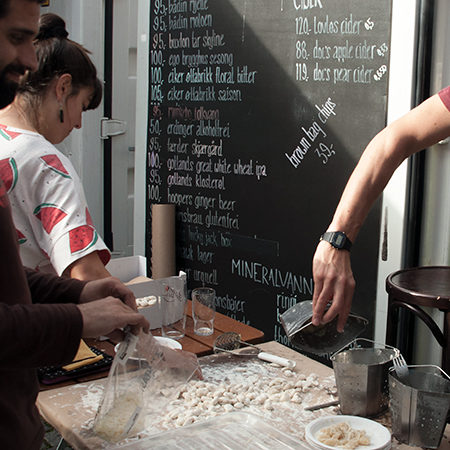 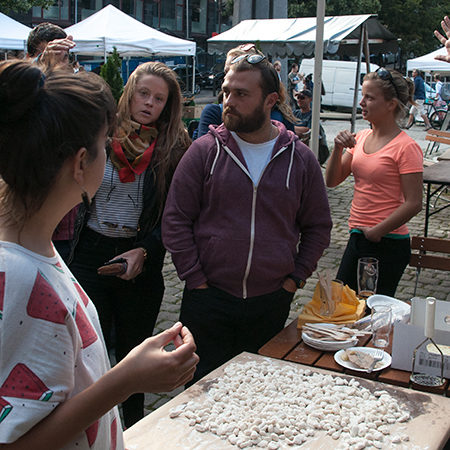 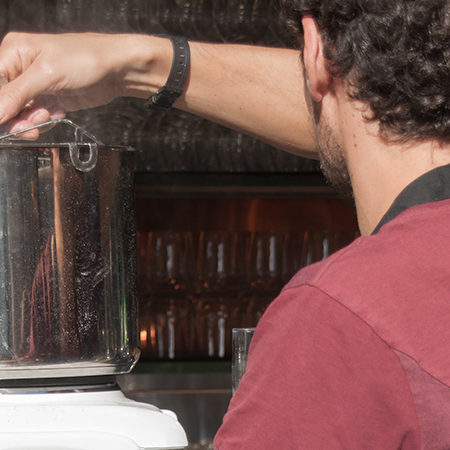 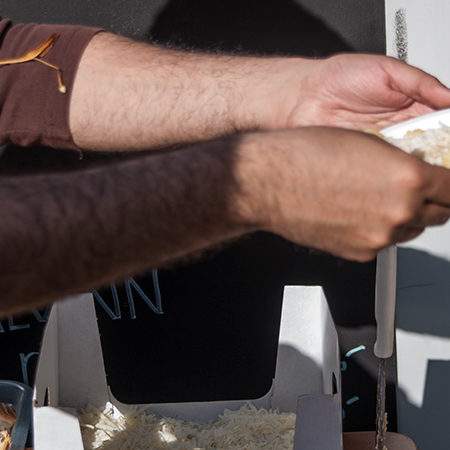 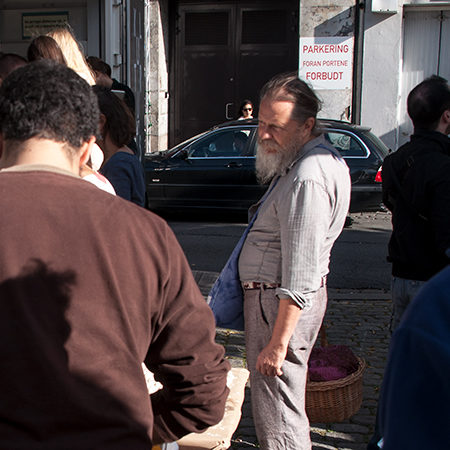 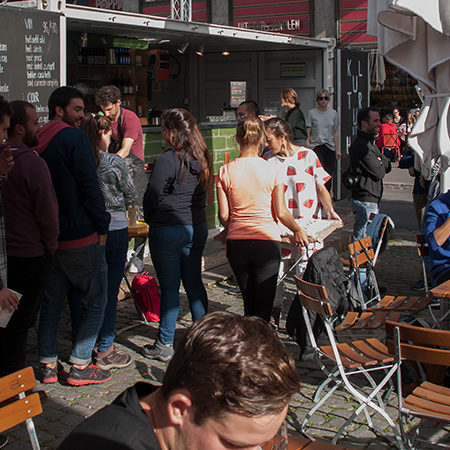 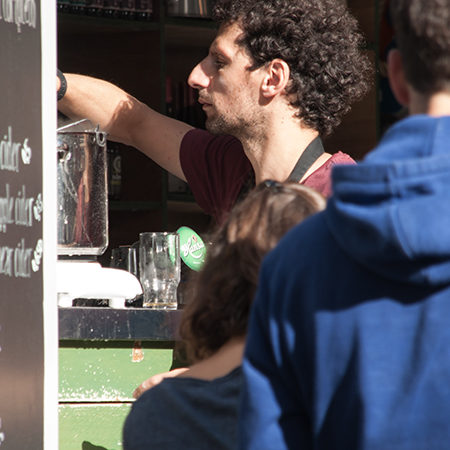 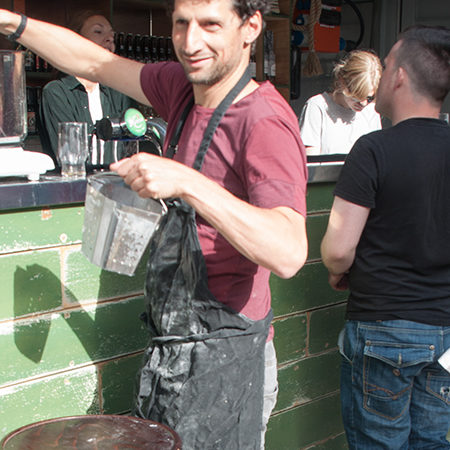 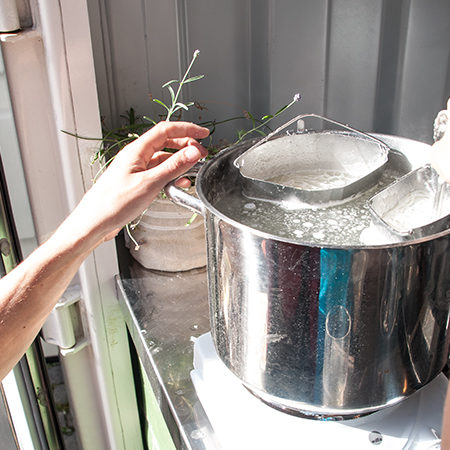 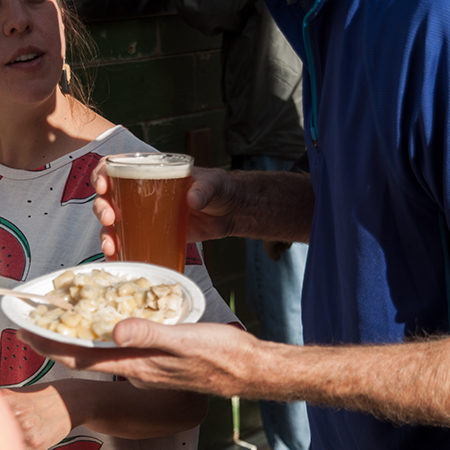 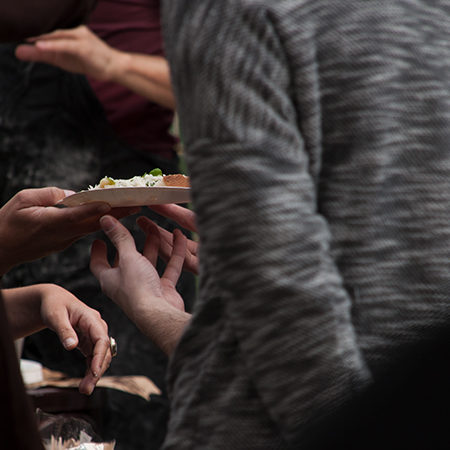 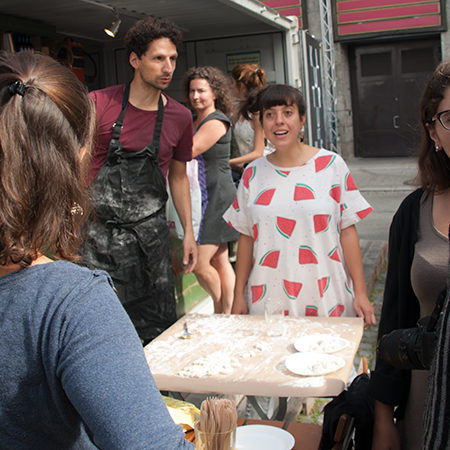 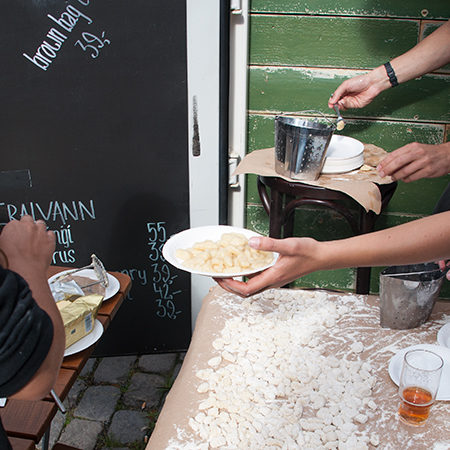 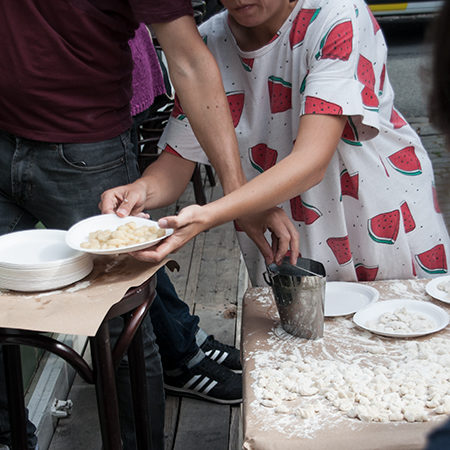 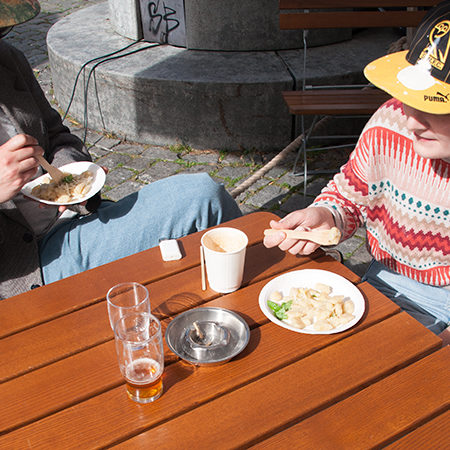 Activity developed in the frame of the study trip “Grupo de Viaje”, students from the Faculty of Architecture of Uruguay travel around the world visiting many cities and architectural masterpieces and taking part in previously coordinated lectures, classes and workshops.

During their visit to Oslo, we were invited to give a lecture to them about our past works and modality. So we coordinated with Kulturhuset i Oslo who kindly support us opening their place early morning for this activity, and later we crossed street and we took several tables to prepare and serve ñoquis gratuitously to students and all those who want to join.

During the lecture students peeled the potatoes, some of them from the urban farm Losæter, located in Bjørvika Oslo. 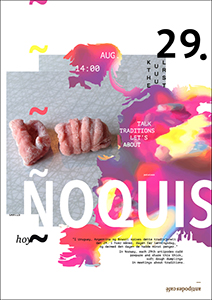 In Uruguay and Argentina, there is a tradition of eating handmade gnocchi the 29th of each month, both in houses and in restaurants. In these last ones, as well as in pasta stores, those days they usually put a sign in the street with the text "HOY ÑOQUIS" (Eng. Today: gnocchi).
Also as part of the tradition, in some places they put a coin (or even notes) under the dish, wishing for money.

This story -that has many versions as all good ones- perhaps should be started highlighting the travel of potatoes from South America to the rest of the world, starting with Europe after their invasion. Later on, poor farmers of northern Italy discovered that they can replace expensive wheat to create a new kind of pasta based on cheap and accessible potatoes, basically dumplings, called gnocchi (Eng. buns/lumps/little balls). This tuber crops has a strong relation with economical vicissitudes, saving from starving diverse populations around the world. Nordic countries knows quite well potatoes for that reason.

In late XIX and beginning of XX centuries, both Argentina and Uruguay where under exponential growth in all senses. But in these times, Europeans weren't in best situation, and particularly Italians flew in millions to those places escaping from economical crisis and wars. Those nations where young and defining their identity on daily basis, and this massive immigration radically affected that construction "through a policy of very strong cultural syncretism." In fact, "there are many Italian traditions that Argentinians [and Uruguayans] keep which are almost not existent in Italy." * One of them is to eat gnocchi on the 29th of each month. A simple dish for wishing for prosperity.

Felipe, born in Uruguay has in his family tree those Italians roots that allowed him to have Italian nationality. And thanks for those papers, he could move to Nordic countries without too many complications as if he arrived just as the South American he is.

Since he moved to Norway, impressed by

Felipe started cooking gnocchi sporadically the 29th -and last years on each one- in gathering with the aim of talking about traditions. Who makes them? why? and so on…

Venues and amount of visitors are different from meeting to meeting, but gnocchi are always served gratuitously. During 2016 "HOY ÑOQUIS" gatherings were supported by Oslo Kommune, Bydel Gamle Oslo. (Frivillighetsmidler 2016)