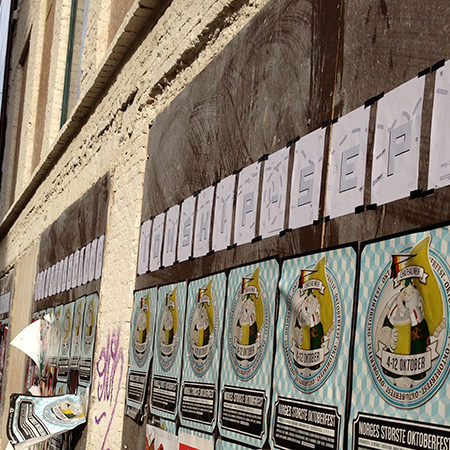 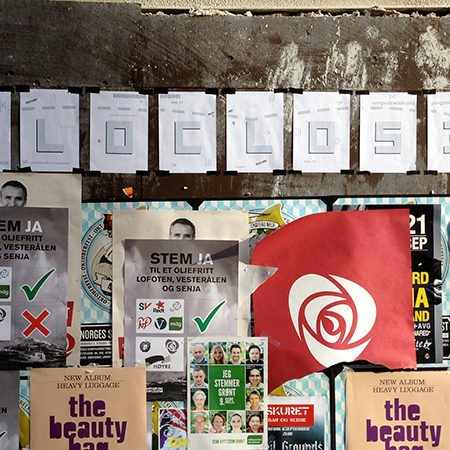 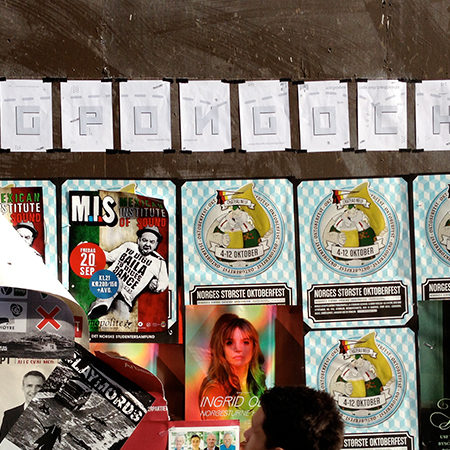 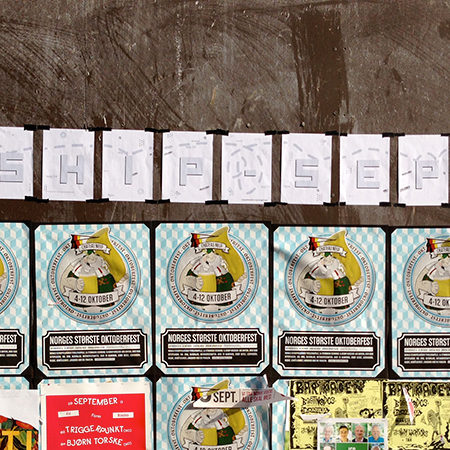 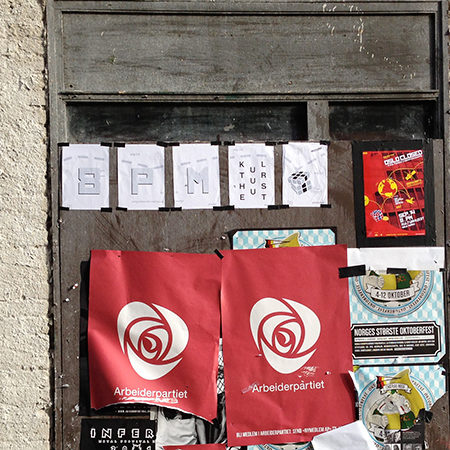 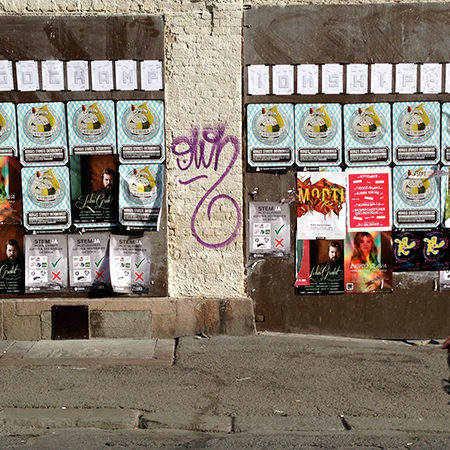 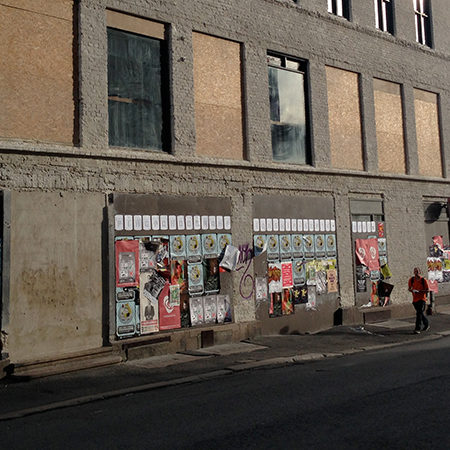 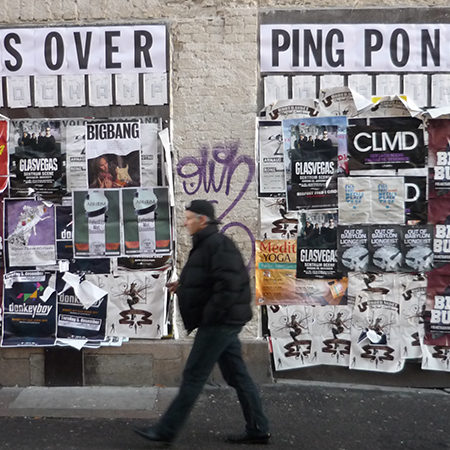 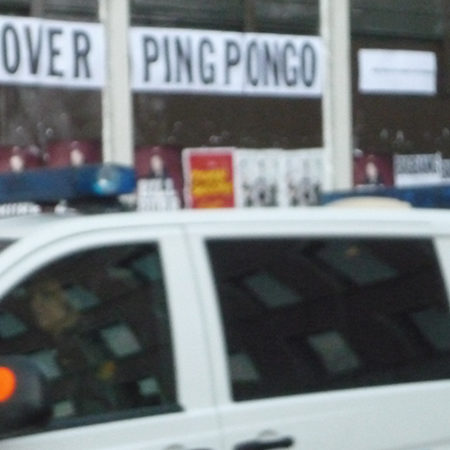 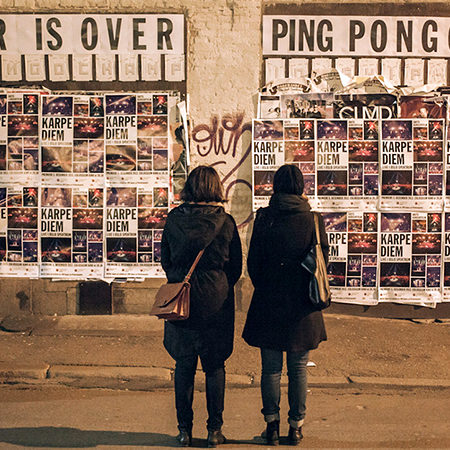 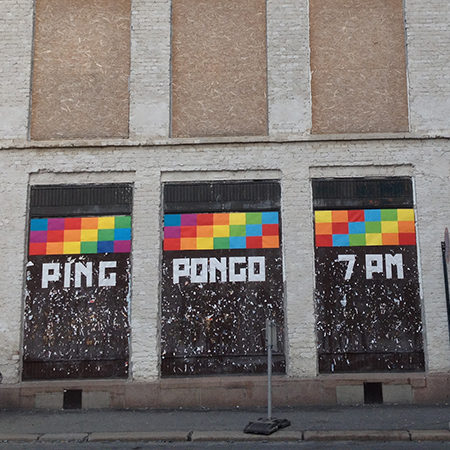 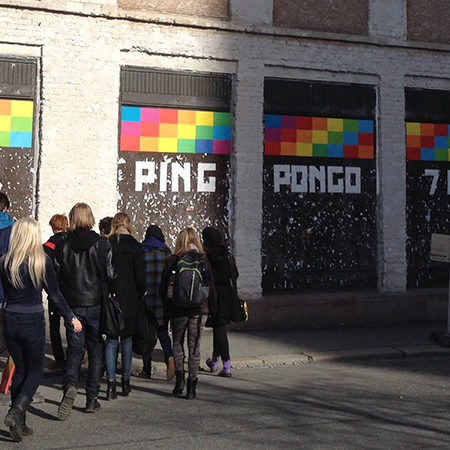 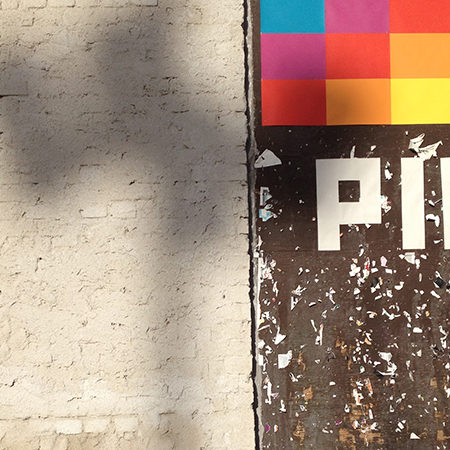 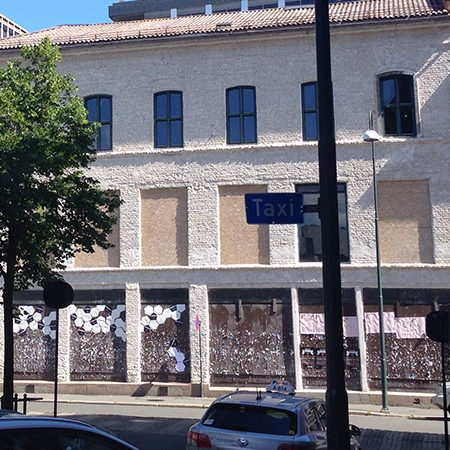 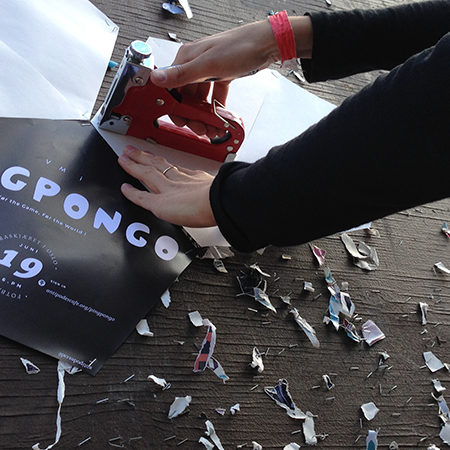 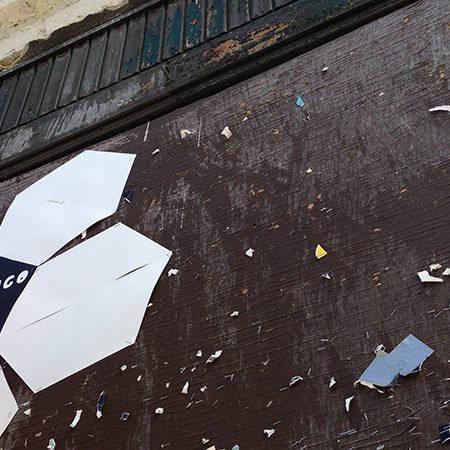 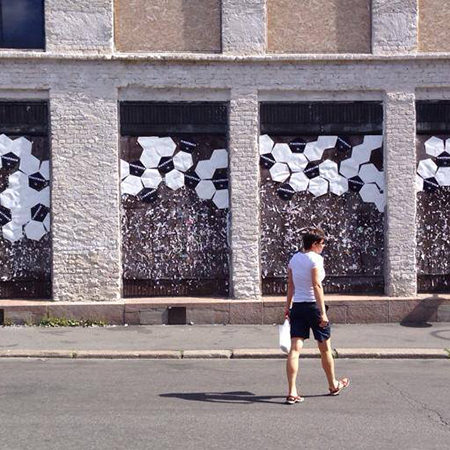 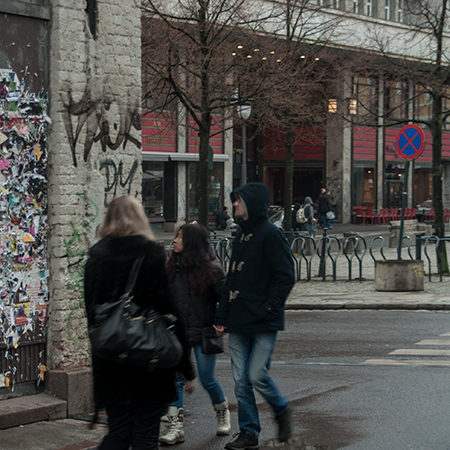 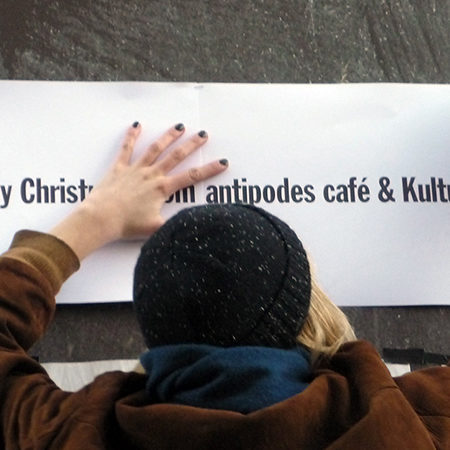 After the stupid atrocious attacks perpetrated on July 22 2011, several building in Oslo had to board up their windows. One of them was in the corner of Youngstorget and Torggata. This big building was going to be refurbished as part of the gentrification process in which that area was going through so its windows and doors were covered for a longer time. By 2013 we noticed that any poster put on those boards was quickly removed and hundreds of staples were accumulating. So exploring the encounter with construction sites, we asked for permit to use those boards for promoting PINGPONGO events, and for our surprise, all posters were removed on a daily basis but nothing of what we put there. There’s nothing new in using fences for promotional aims, but anyways we explored the encounter for this purposes with two years of ephemeral installations made mostly with papers and staples or tape we had from previous projects, and/or with prints made thanks to supporters of PINGPONGO NORGE.