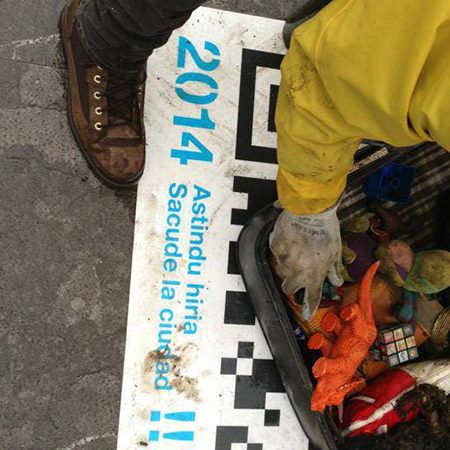 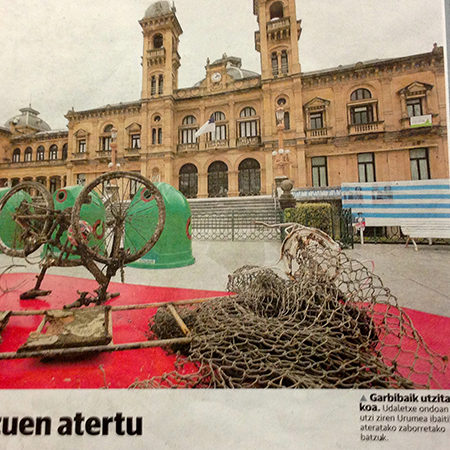 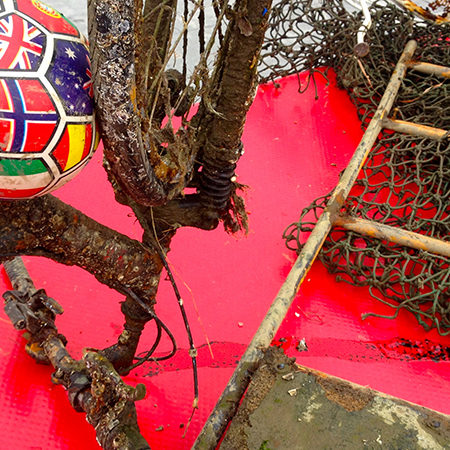 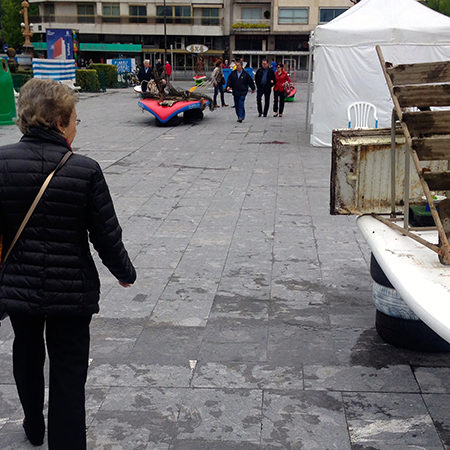 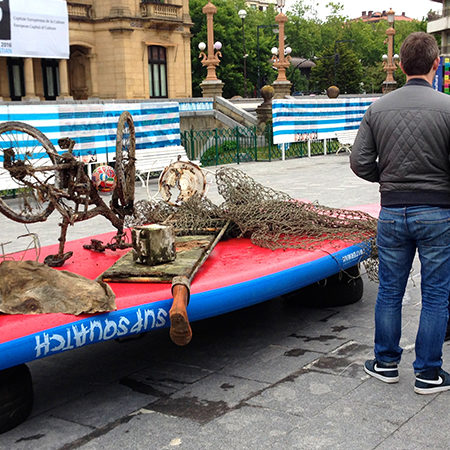 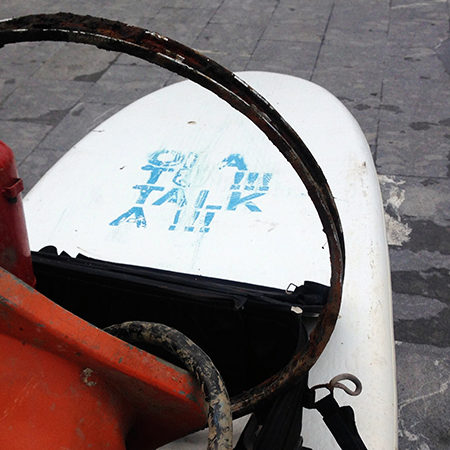 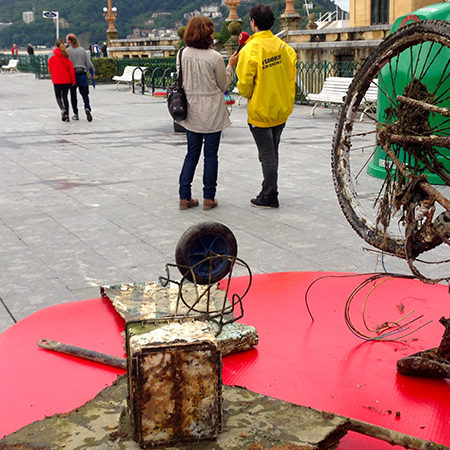 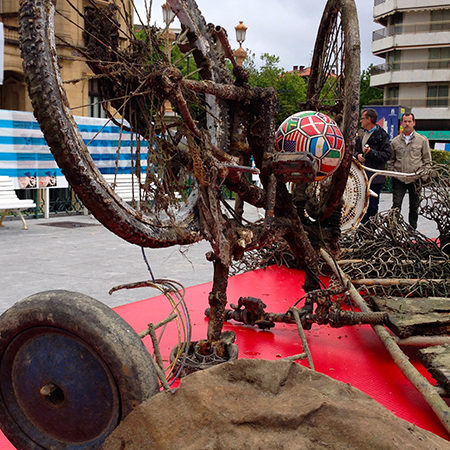 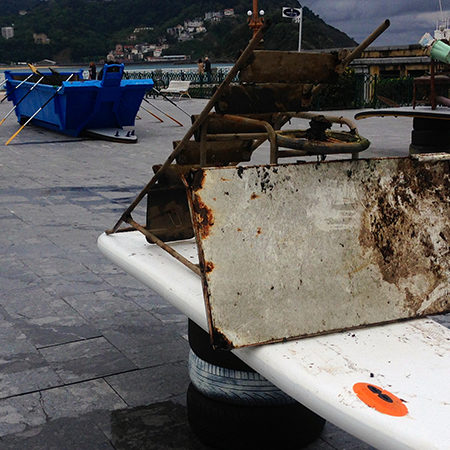 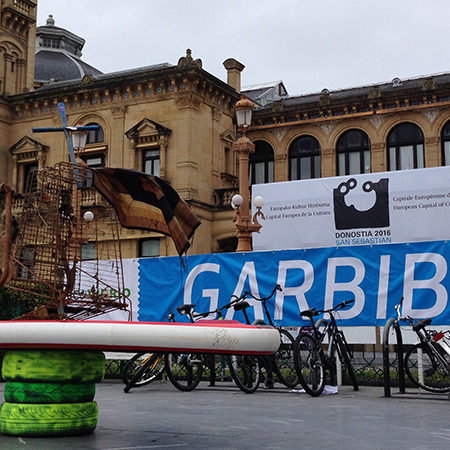 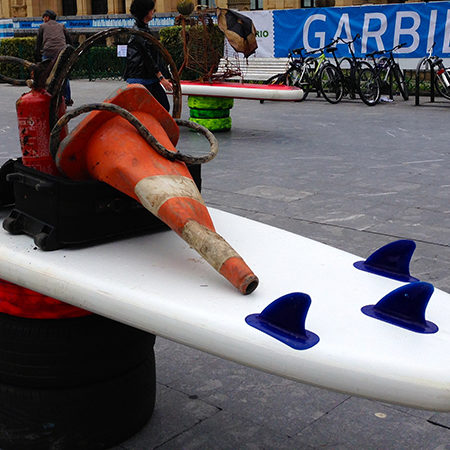 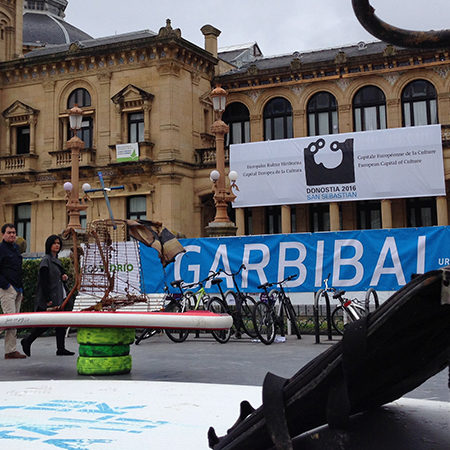 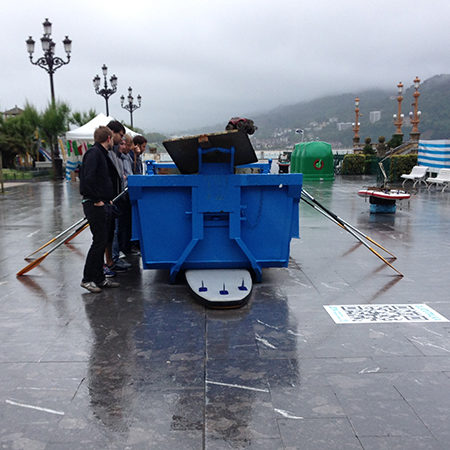 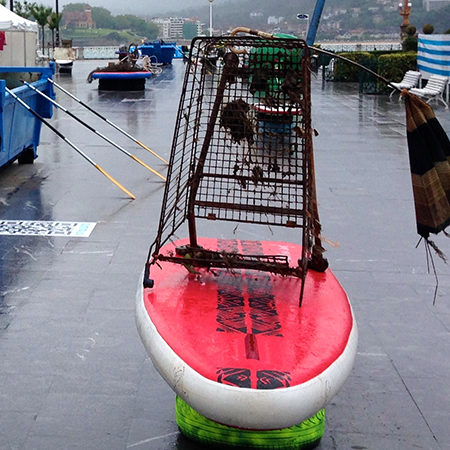 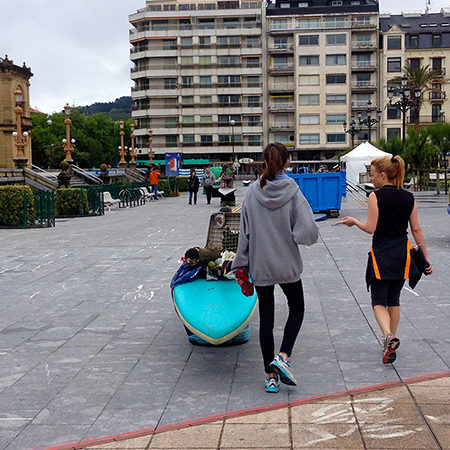 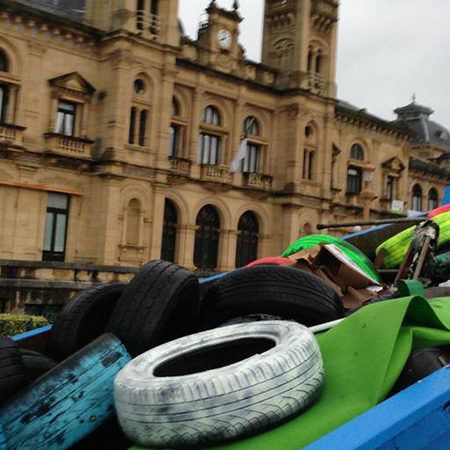 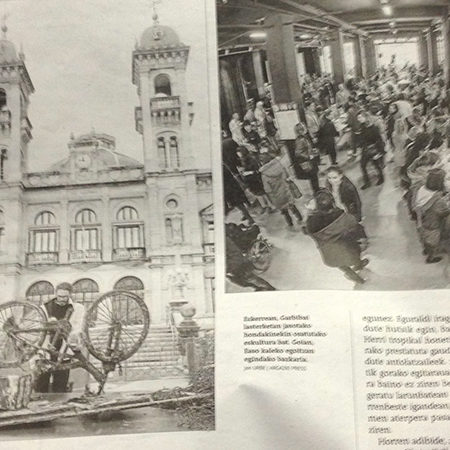 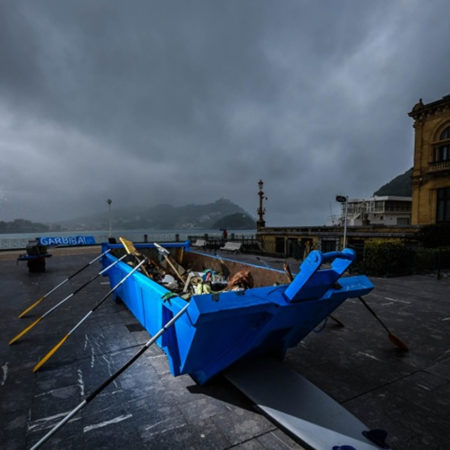 Public presentation of all “treasures” collected the previous day in the Urumea river during the third edition of the race GARBIBAI. (2014.05.22)

This installation right in front of the City Hall of San Sebastian as previous year, was a difficult one… A rain-windy Sunday after an extremely beautiful Saturday with such a party after the race… and elections or something that made the town extremely empty. In addition, almost no budget and part of the organisation not interested -at all- in making anything happen properly.Hardships to navigate, but finally the intervention worked and quite well, also catching the attention of diverse local media (radio, tv, newspapers).

Installation was based in 2 containers –with 1 ton of “treasures” each– presented over stand up paddle boards as the previous year but In addition, other boards were placed over tires -also picked from river- serving as pedestals for highlighting diverse “treasures” as temporary sculptures.

The organisation of Garbibai also placed an information tent and three containers for collecting bottles in the middle of the passageway as agreed with their main sponsor.

Good year for tires and to think in the next.

This website uses cookies. If you continue to use this site we will assume that you are agreeing to our use of cookies.OK+ info