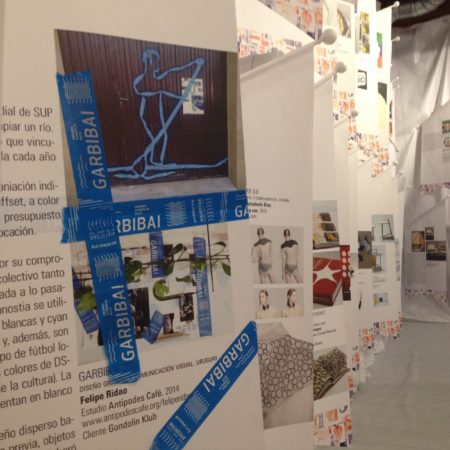 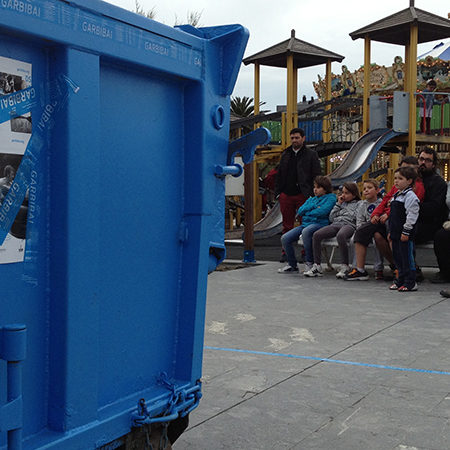 GARBIBAI organisation defined: ‘posters must be offset printed and A3 -its in the contract with main sponsor’. In addition, they didn’t have enough money to print many or to stick posters everywhere.

What to do?
Basque society is distinguished for its concern and openness in collaborative hard work as well as for their tension between old traditions and constant mutiny. Their graphic design reflects this passionate as inquiring culture usually in black and white.

In Donostia fabrics with white and cyan stripes are commonly used to hide construction areas. And blue and white stripes is the jersey of the local football team. Black, white and cyan also helps to relate the project (and play) with the strong branding from DSS2016EU (San Sebastian as European capital of culture in 2016).

Proposal was a scattered design and a printed tape with information not included, like the name/logo of the event and diverse people was invited to participate in the competition the best sticked poster.

Posters/tape quickly attach to their identity for colours and shape, but over all for the challenge of the sticking competition that allowed a new level of appropriation.

As expected, the result was better than expected.