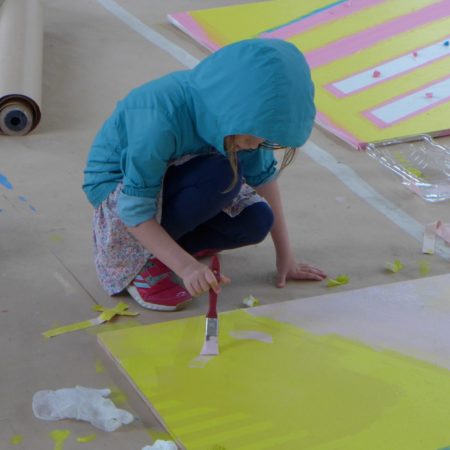 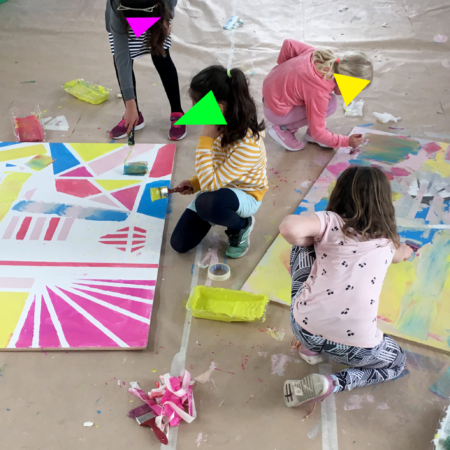 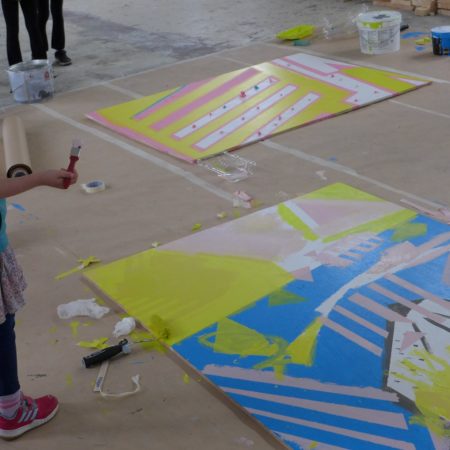 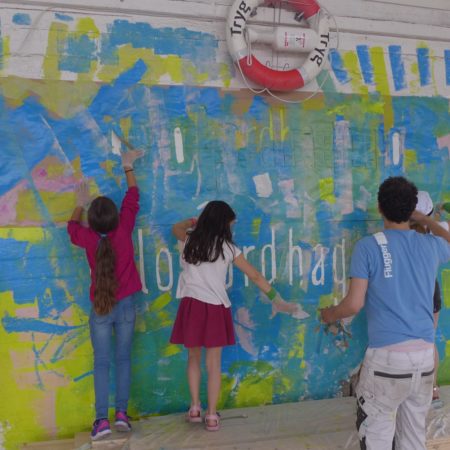 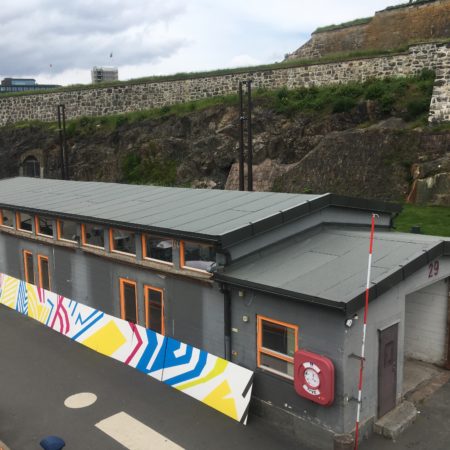 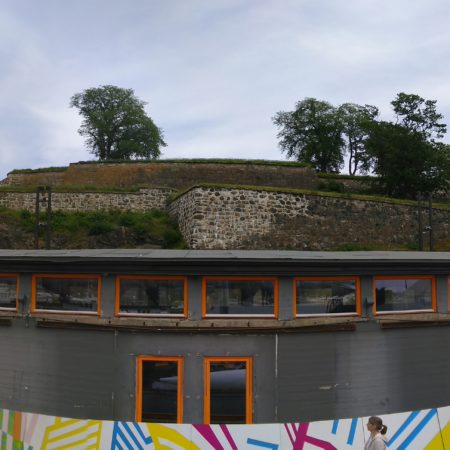 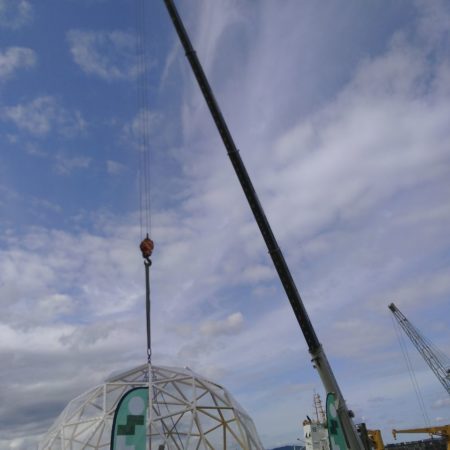 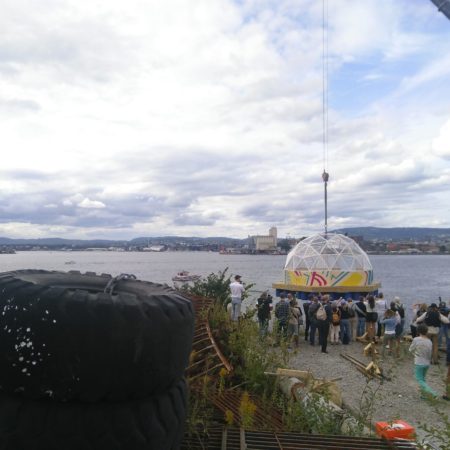 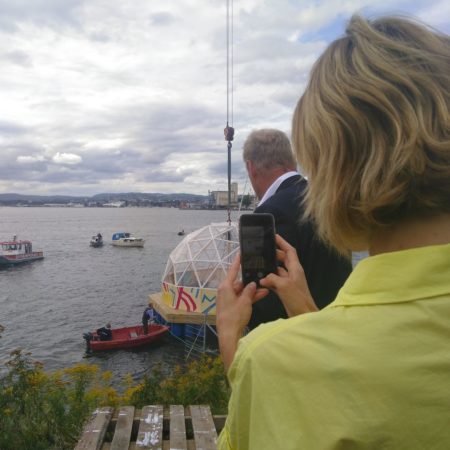 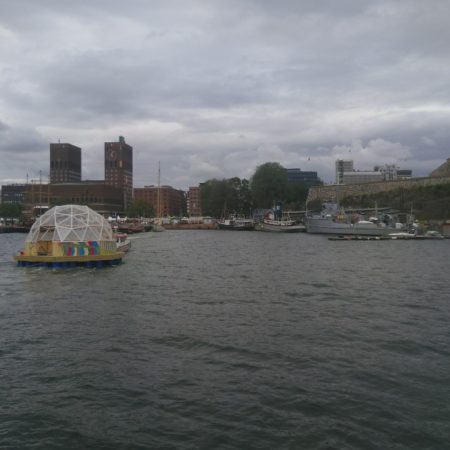 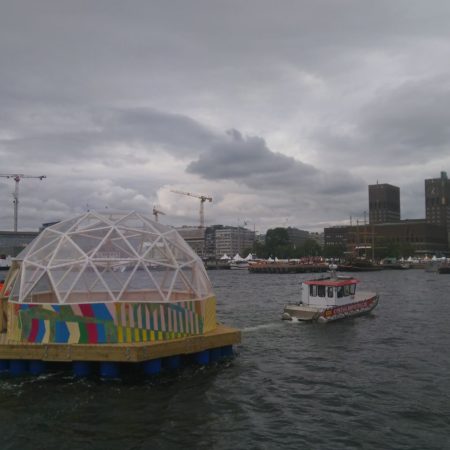 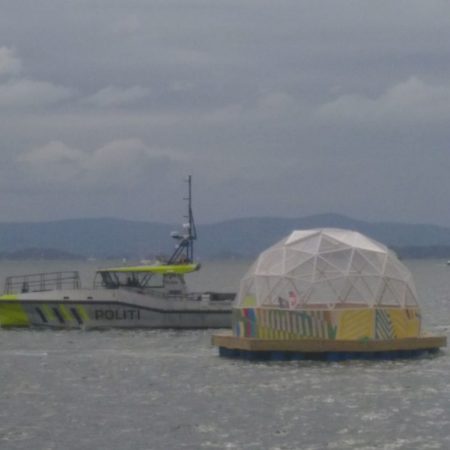 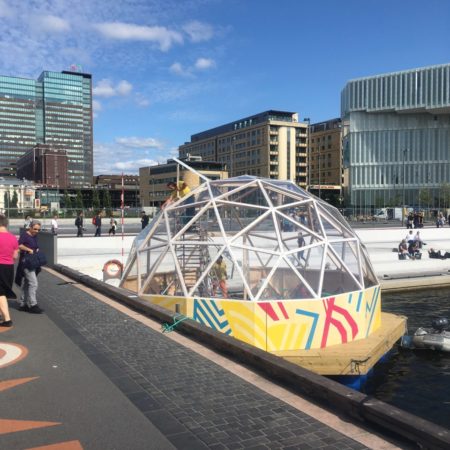 “To confuse, never to conceal”

After delivering some materials from RESHOW to Grønlands flytende bybondelag, they shared their interest in decorating the outdoor walls of a floating garden, and to do so in a way that kids can participate during the celebrations of Havnelangs 2019.

So, we proposed them to do some dazzle camouflage paint based on the design that the transatlantic ship “RMS Olympic” had in 1919. This was the first of three nearly identical ships built in Great Britain, called: the Olympic, the Titanic, and the Britannic; and in fact, it was the largest man made object in the world when it was launched in 1910. The next year, Titanic broke that record by three inches, but also broke itself with an iceberg as you may know. On the contrary, in 1918 the Olympic taking part of the WWI went over another cold object, but with better luck. A german U-boat was rammed by the HMT (Hired Military Transport) troopship, now nicknamed as “Old Reliable”. Its first dazzle camouflage paint was added in 1917, based on curved lines and brown, dark blue, light blue, and white colors. By 1919 its dazzle was with more straight lines (which was also easier for us replicate with masking tape). Changing colors and some compositions, we painted all the panels for the outside walls of this floating garden. Some of them together with kids on an open workshop during Havnelangs 2019. Day we also painted some walls at SKUR29 and basically, everything that was not moving.

On the day before the full moon of August, we also contributed by placing the more than 500 screws needed for those plates. Regardless political circus, it was a pleasure to see it floating and landing into water, where it will be. (Congrats Hans Jørgen and team)

For doing this artwork we reused materials from previous projects.