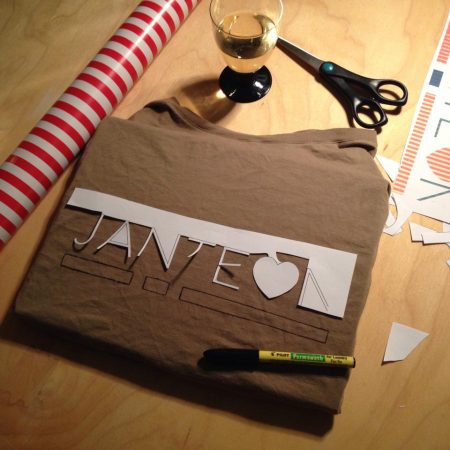 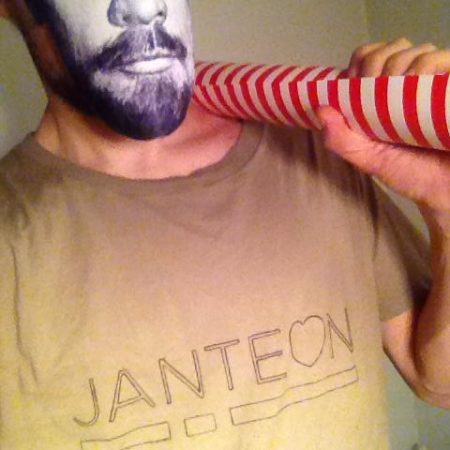 “JANTE♡N – T” presents a reinterpretation of the logo of the Norwegian Olympic and Paralympic Committee and Confederation of Sports, by using similar typogaphy and stripe, which in fact, is based on the horizontal grid structure of the Norwegian flag, 6/1/2/1/12 with a height of 1.

Logo was firstly printed and then copied by hand on just one T-shirt used several times here and there but now stored for good. New copies? not sure.

As the Wikipedia article about The Law of Jante clearly states, this rules created by the Danish-Norwegian author Aksel Sandemose in 1933, are “the description of a pattern of group behaviour towards individuals within Nordic countries that negatively portrays and criticises individual success and achievement as unworthy and inappropriate.”

Law of Jante (In Norwegian, Janteloven)

This website uses cookies. If you continue to use this site we will assume that you are agreeing to our use of cookies.OK+ info